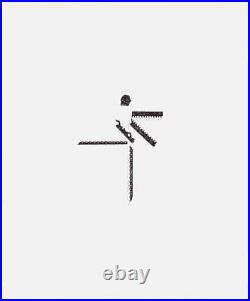 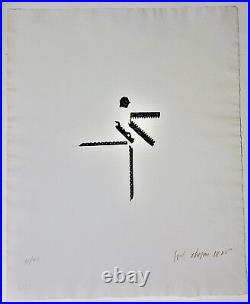 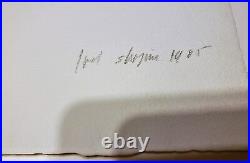 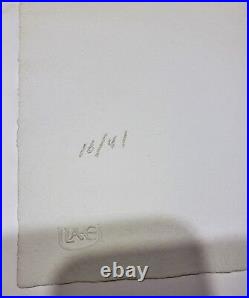 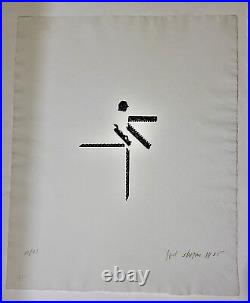 Signature: Hand-Signed in Pencil/Graphite by the Artist; also numbered and dated "1985" by the Artist. Edition: Limited Edition of 41 impressions; this one numbered "18/41".

Created from a palette of simple shapes and basic colors, they are surprisingly expressive of the body in motion. Like his sculptures, these works bridge the gap between abstraction and figuration. Interestingly, Shapiro says he does not use his drawings or prints as studies for sculpture.

Rather, he says, a two-dimensional work might serve as a means of defining what the sculpture was about, as a clarification of thought. Here, for his works at U. Shapiro's works take on the quality of "wood collage prints, " where the Artist incorporates the wood trim of a doll house where such collage pieces are inked and printed by the Artist himself. Truly magnificent & delicate works on paper.

He had his first one-person museum exhibition at the Museum of Contemporary Art, Chicago in 1976, and was included in the Whitney Museum of American Art's Biennial Exhibition (1981), Documenta (1982), and the Carnegie Museum of Art's International (1988). In the 1990s Shapiro completed a number of monumentally-scaled public sculpture, including a commission for the Holocaust Museum in Washington, DC. In the early 1970s Shapiro began making sculptures that extended the stylistic. Of minimalism, but by the. Began to develop the planar, largely geometric figurative and architectural references for which he is best known.

Shapiro's oeuvre also consists of a significant production of drawings and prints. He has printed with numerous ateliers, including Simca Press, Grenfell Press, and Aldo Crommelynk. Invited to print at ULAE in 1985, he produced a series of three different but closely related woodcuts. Described by ULAE as "wood collage prints, " they incorporate the wood trim of a.