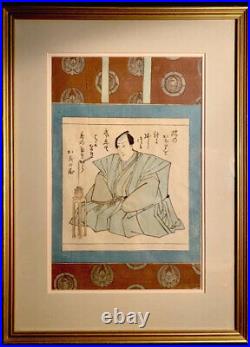 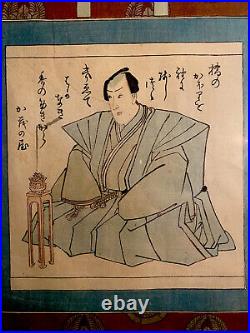 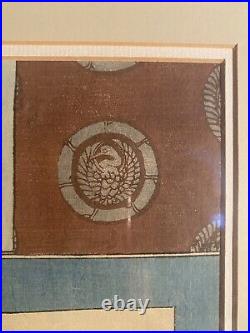 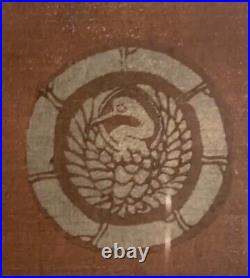 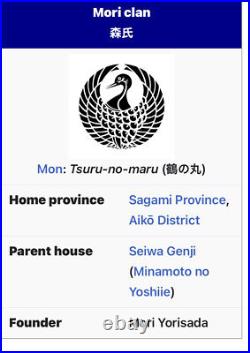 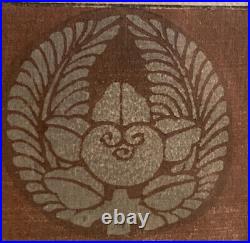 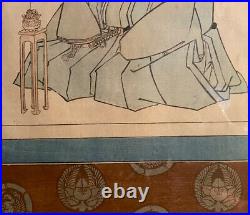 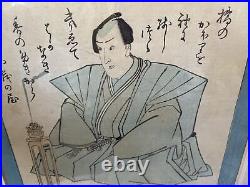 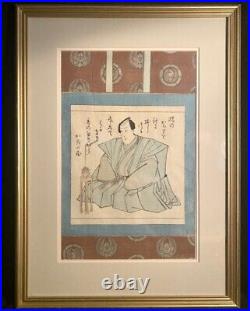 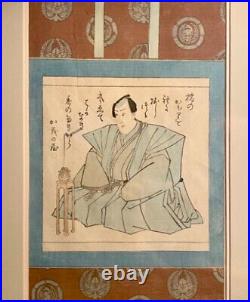 Rare Antique Japanese Woodblock Print - Damyo Morí Clan (Genji). We are proud to offer this Ukiyo-e original antique woodblock print featuring a Damyo of one of the noble houses of Japan with Mori clan Mon as wallpaper and another Mon which I couldn't identify.

During the Sengoku period, the Mori served under Oda Nobunaga. Mori Yoshinari fought with Nobunaga for Kiyosu Castle, and with his son Mori Yoshitaka joined the campaigns against the Saito, Azai, and Asakura.

Father and son died in the battle against the Azai-Asakura armies, and Mori Nagayoshi, second son of Yoshinari, became head of the house. Yoshinari's son Nagasada, known as Mori Ranmaru, died with Nobunaga in the Incident at Honno-ji. The family became daimyos under Toyotomi Hideyoshi, and for five generations headed the Tsuyama Domain in Mimasaka Province as tozama daimyo.

Nagayoshi had lost his life in the Battle of Komaki and Nagakute. Their descendants became viscounts in the Meiji peerage.

We take pride in sourcing the best quality and most. Extra-ordinary items for the serious. This item is in the category "Antiques\Asian/Oriental Antiques\Japanese\Prints". The seller is "georgbonha-0" and is located in this country: GB. This item can be shipped worldwide.