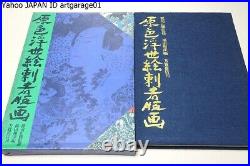 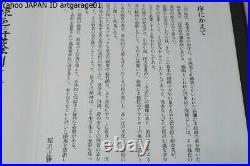 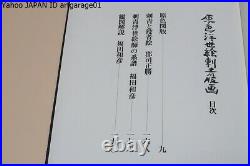 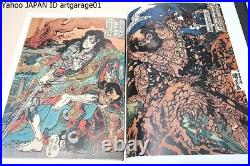 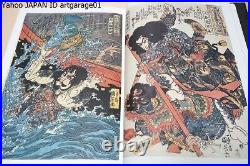 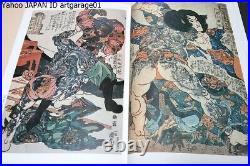 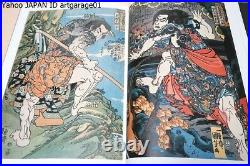 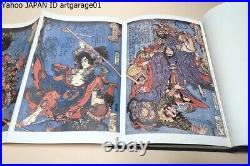 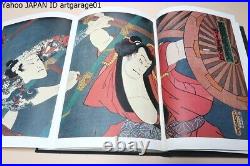 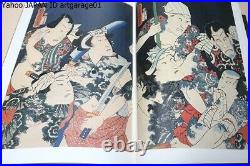 Original color ukiyoe tattooing woodblock print/Gunji Masakatsu/Yakushae, which accounted for the majority of this Nishiki-ga at the end of the Edo period, and tattooomi, as twins, walked together. The number of copies seems to be small. Why don't you use it as a reference?

On the other hand, in the Edo period at the end of the Edo period, tattoo beauty, which was called senryohada or nishikihada and bloomed with gorgeous paintings, was in the mature stage of ukiyoe and its original aesthetics could not be established without the relationship with ukiyoe, which was called nishiki-ga. It was also because Yakushae (prints of Kabuki actors) and Tatsumi (the beauty of tattoos), who accounted for the majority of Nishiki-ga at the end of the Edo period, walked together as brothers of Futari, and it was thought that they needed a little knowledge of actors and plays. The focal point of the fad was a Chinese novel, one of the four best books, and a sculpture of "Suikoden" which was integrated with the mental genealogy of a dandy and a kabukimono, and on top of that, became the wanton art of the Kenran's resistance outlaw.

The beauty of tattooing in Japan is completely different from that of primitive tattooing, and it is a vengeful flower on top of the high ukiyoe of Edo culture. Kuniyoshi painted an exotic picture of a samurai with a suikoden (water margin), and he attracted people to it more closely, so that people admired him by his actors, who were handsome, and dandy, shiranami, tobino men, and so on.

By transferring the beauty of the tattoo in the form of a person, the spirit of the likeness shines more vividly and brilliantly. In addition to the beauty of tattooing at the end of Nishiki-ga, it has a vivid posture that completes three-dimensionally. I would like to express my gratitude to Kazuhiko Fukuda for his hard work in collecting materials and his help. Who are you looking for, what do you think?

As this is a used product, there may be scratches, yellowing, tears, breaks, etc. We do not mark merchandise values below value or mark items as "gifts" - US and International government regulations prohibit such behavior. This item is in the category "Antiques\Asian Antiques\Japan\Prints".

The seller is "sunshine-tokyo" and is located in this country: JP. This item can be shipped worldwide.